As noted, service is provided on four routes which converge on the downtown core.

Popular destinations via routes from downtown

The routes are shown on the map below (Click for larger image):

Bus stops are placed along each route at locations that are practical based on spacing (between stops) and roadway geometry. Stops are placed at or adjacent to major intersections as well as every two to three blocks.

Shelters are located at busy bus stop sites and in locations where weather may be a factor in passenger comfort. Through capital purchasing, it is our intent over the next couple of years to replace the older style of shelter with the newer style of full glass panels. 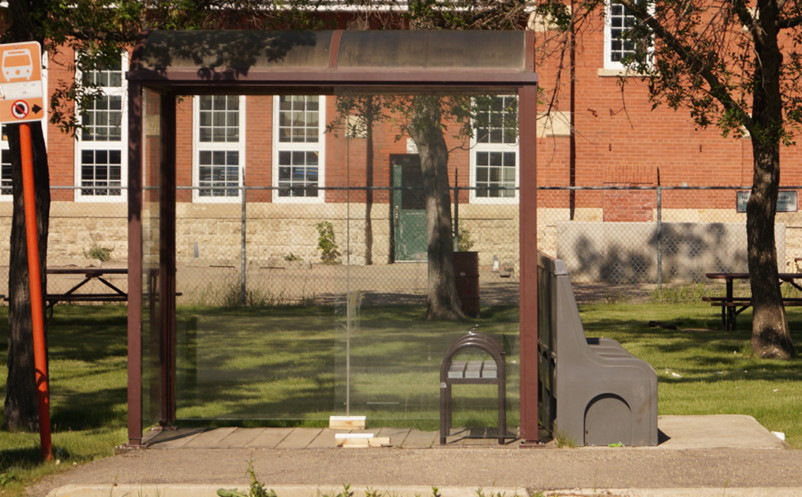 Wilful damage of bus shelters costs everyone and is a criminal offence. If you witness a shelter being damaged, please call Moose Jaw Police Service at 911.

Below is our new Monday to Friday Transit Schedule. This goes into effect on October 5, 2015. This is provided with a couple of caveats:

Schedules will be posted on bus shelters. 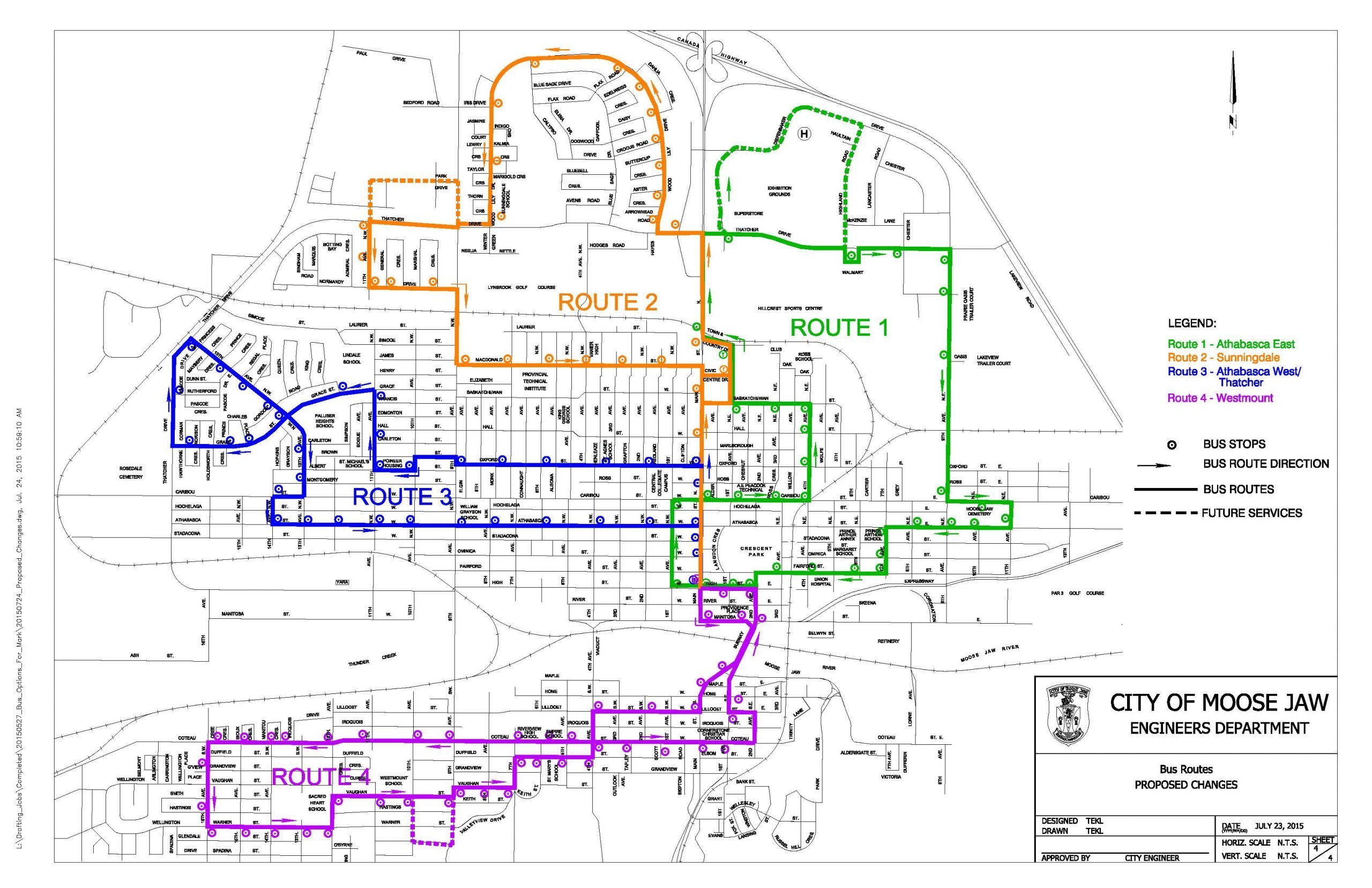