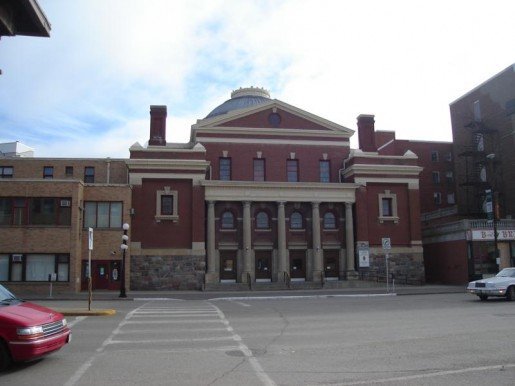 Zion Church is a Municipal Heritage Property located on two lots on Main Street North in downtown Moose Jaw. The property includes a three-storey stone and brick-clad church completed in 1907.

The heritage value of Zion Church lies in its close connection with many of Moose Jaw’s pioneers. Shortly after settlement in 1883 the Methodists were the first religious group to organize worship services and build a church in the community. The Methodist congregation grew rapidly in the ensuing two decades forcing the construction of two successively larger churches.

The heritage value of Zion Church also rests in its association with Winnipeg architect James Chisholm. In 1906, in hopes of accommodating greater future growth, the congregation engaged Chisholm to adapt his design for Winnipeg’s Zion church for their own new place of worship on Main Street. Moose Jaw’s Zion Church was Chisholm’s only commission in the city and it remains the only surviving representation of this one of his designs in Western Canada.

The heritage value of Zion Church also lies in its architecture. Designed with elements of the Classical Revival style of architecture the building is symmetrical in design and includes pediments, cornice with dentils, a centrally placed dome and an imposing entrance comprised of five columns and an entablature.

The heritage value of Zion Church also lies in its prominence in the downtown streetscape. Located on the city’s main thoroughfare the church maintained its sense of prominence despite the rise of taller buildings on lots nearby. Zion’s prominence is also aided by its location at the terminus of a vista created where tree-lined Stadacona Street West meets Main Street. The church’s generous scale, its fieldstone base, finials, pronounced keystones, stone lintels and mouldings, decorative brick work and the dome’s octagonal base and ornate metal crown add to its enduring prominence in the city’s downtown.

The heritage value of Zion can also be found in the heritage integrity of the church interior. Aside from the addition of an elevator and four columns to support the dome in 1975, Zion’s interior remains largely unchanged from its original design. Included among these original elements are a centrally placed sanctuary, gallery and adjacent chancel which hold a communion table, stone baptismal font and exhibit extensive use of varnished oak in mouldings, panels and pews. The church is adorned with a circular stained glass window prominently located in the dome above the sanctuary along with other original stained glass windows that exhibit religious symbolism or serve as memorials to early church members. The acoustics of the sanctuary enhance the performance of a pipe organ that was manufactured and installed in the chancel by the Casavant Brothers of St. Hyacinthe, Québec in 1907.

The heritage value of Zion church resides in the following character-defining elements: 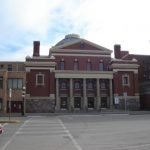 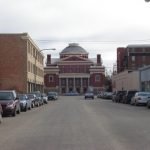 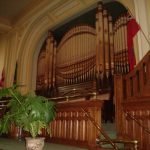 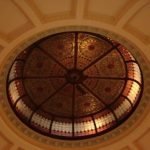 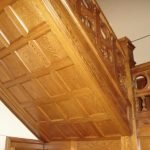 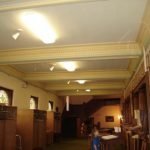 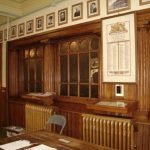 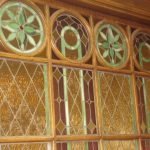 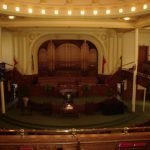 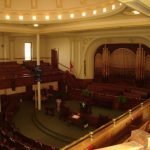 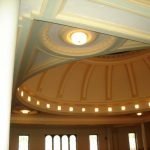 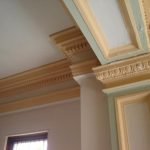 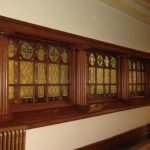 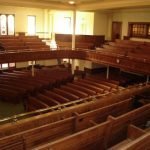 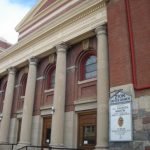 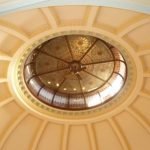 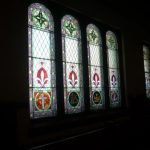 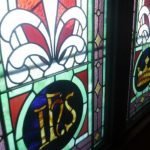 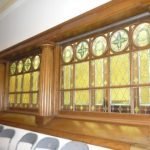 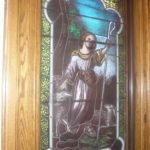 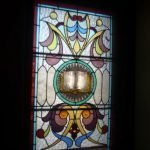 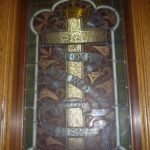 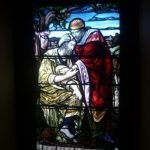 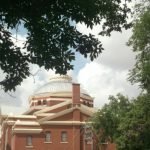 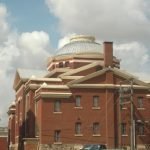 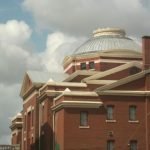