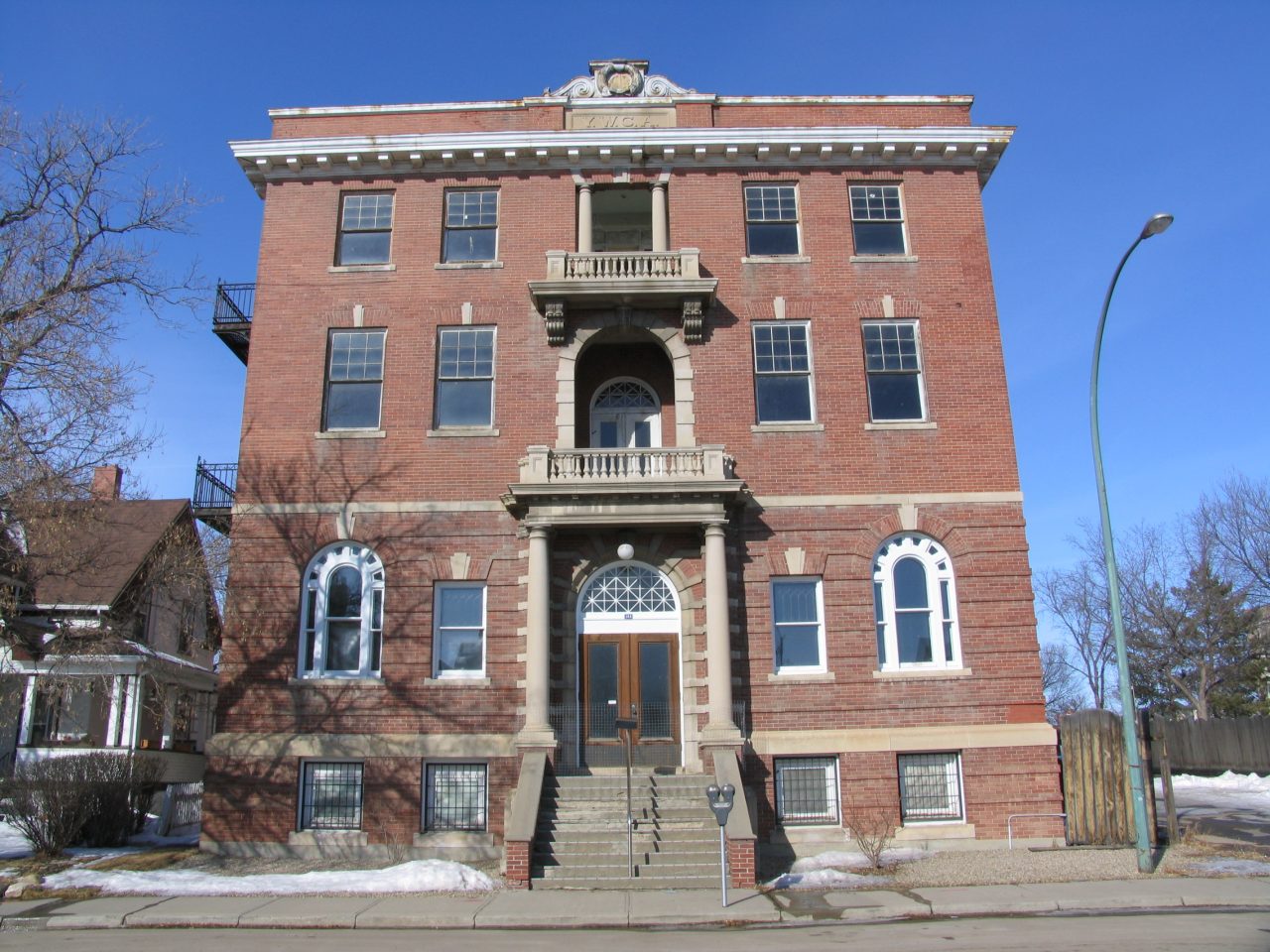 The Former YWCA is a Municipal Heritage Property that occupies one lot in the city of Moose Jaw. This property, located at 144 Ominica Street West, features a three-storey brick building that was constructed between 1912 and 1914.

The heritage value of the Former YWCA lies in its association with women’s history and the Young Women’s Christian Association (YWCA) in Saskatchewan. The YWCA was an urban-based evangelical Protestant organization that provided safe, affordable lodging, moral support, educational opportunities and healthy leisure activities to young women who were working or studying in the city. The first YWCA in Saskatchewan was founded in Moose Jaw in 1907. This building was built for the Moose Jaw organization in 1912-14 and served as their home until 1950 when they moved to shared facilities with the Young Men’s Christian Association. Subsequently used as a Masonic Temple, today, the building stands as the oldest purpose-built YWCA in Saskatchewan.

The heritage value of the Former YWCA also lies in its architecture. Designed by local Moose Jaw architects Reid & McAlpine in 1912, the YWCA represents a restrained version of Edwardian Classicism. The well-delineated cornice, pronounced key stones, Doric columns and round-headed window and door openings are demonstrative of the style and serve to animate an otherwise functional building. The relatively simple overall design incorporates sophisticated details such as the “star” or “X” shape window mullion pattern on the transoms above the entrance and balcony doors, the window proportions that grow smaller with each floor giving the illusion of heightened perspective and the horizontal brick rustication on the first floor. Similarly, the limestone front entrance and the two balconies above it become smaller with each floor and are visually terminated by an elaborate pressed metal wreath and scrolls. The tall first storey suggests generous public rooms and supports the YWCA’s educational and leisure goals. The architectural style is continued inside, where much of the woodwork, doors, built-in bookcases and glasswork is still intact. The sophistication of the design is shared with the firm’s other major Moose Jaw work, the public library, and may be reflective of the partners many years of practice in Boston prior to coming to Moose Jaw.

The heritage value of the Former YWCA Building resides in the following character-defining elements: 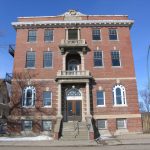 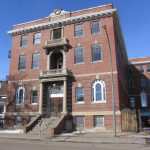