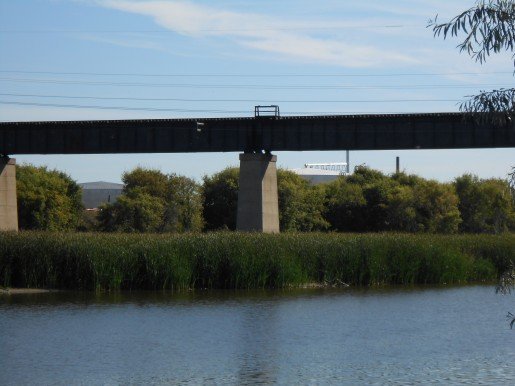 The Hobo Jungle is a non-designated forest and wetland of several hectares on the Moose Jaw River in Moose Jaw’s Wakamow Valley. The Hobo Jungle is bounded by the Moose Jaw River to the south, Canadian National Rail Bridge on its western edge and the Canadian Pacific Railway mainline on its northern side with a land location on the south-west and south-east quarters of Section 33, Township 17, Range 22, west of the 2ND Meridian according to the Dominion Lands Survey.

The heritage value of the Hobo Jungle rests in its association with the social and economic struggles of migrant workers and jobless transients of the 1920s and 1930s. During what was a period of economic progress, masses of migrant workers were needed in the Canadian Prairies to harvest grain fields during the 1920s. Mechanization made threshing and harvesting operations possible, but still required considerable manual labour. Workers migrated from across the country, many of them with limited means, accompanied by others seeking work in late summer. ‘Jungles’ such as the Hobo Jungle in Wakamow Valley, could be found across North America, were places of refuge for such people who could not afford accommodations. The Hobo Jungle’s proximity to the CPR mainline, to the river and to Moose Jaw’s downtown afforded transient residents transport, an encampment site, water, and the possibility to find food or work. The Moose Jaw Daily News described the Hobo Jungle in 1925 as a “popular resort of ‘Never Works’” to which freight cars brought new residents every day while police attempts to shut it down were temporary at best. The 1920s saw police charge Jungle residents with begging and vagrancy, but by the 1930s the Hobo Jungle’s ranks were swollen further by the massive economic downturn of the Great Depression. A local reporter who visited in 1932 said the Hobo Jungle included those ‘from all classes of society from…professions to the menial labourers’. Despite stern pronouncements by local authorities to crack down on such camps and on riding on freight trains which warranted a fine of up to $50 and two months in jail, the Hobo Jungle remained in use as a camp site during non-winter months by many as 100 transient residents daily until the arrival of the Second World War. During the height of the Depression the transient unemployed were large enough in number that a second or ‘West Jungle’ sprung up on Thunder Creek near the then site of Robin Hood Mills. Transients riding the rails faced considerable dangers with 79 killed and 115 wounded doing so on CPR lines alone in 1935. Add to these dangers ‘hobos’ as they were described faced deprivation, uncertainty and the loss of dignity which comes with losing a means of making a living. Lacking a place a residence further alienated transients from sources of relief.

The heritage value of the Hobo Jungle also lies in its role as a symbol of human resilience and hope. While the Depression brought great suffering it also brought acts of simple yet great kindness as local residents offered meals and work to unemployed transients. The local evening paper also reported Hobo Jungle residents lobbying for further assistance from local authorities in 1936. Others such as one-time Hobo Jungle resident William Carter, became a symbol of hope. Carter, who travelled thousands of miles on the rails between1930-32, visited many similar locales, used the opportunity to hone his musical skills and build a career that later allowed him to visit Moose Jaw as a paying passenger on the CPR. Most residents, however, did not find such opportunity but reached within to find the courage to survive. In 1932 one resident was quoted saying ‘we are just human beings like the rest of you with good jobs. You don’t know how lucky you are. Many of us would like to get married and settle down. Many of us have girls at home…Sometimes we feel very despondent, but there are some who are always happy go lucky without a care in the world…Really …it’s a great world, and a wonderful thing to just to be alive in it, no matter what the conditions.”

The heritage value of the Hobo Jungle also rests in the site’s undisturbed natural state. Dominated by mature Manitoba Maple trees the woodland is interspersed with Green Ash, Willow and Aronia trees and tall riparian grasses and sedges which provide habitat to various species of birds and mammal species such as beaver and deer. Once used by various aboriginal peoples the arrival of two rail lines left this plot of land inaccessible to vehicles and most pedestrian traffic. Lack of accessibility, which made it ideal as a ‘Hobo Jungle’ in keeping authorities out, since allowed this riparian woodland to grow and thrive.

The heritage value of the Hobo Jungle resides in the following character-defining elements: 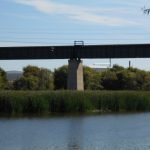 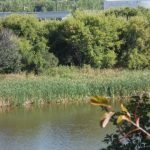 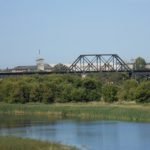 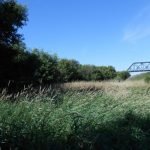 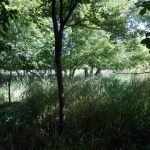 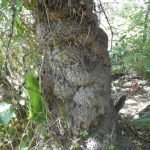 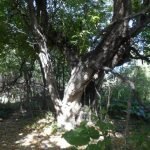 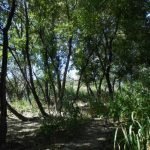 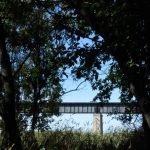 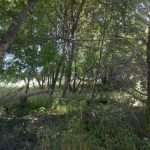