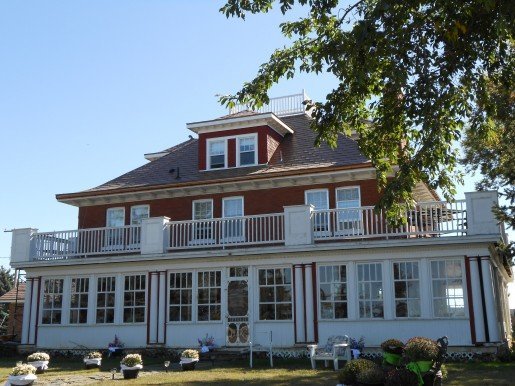 The Wellington White House is a non-designated heritage property at 690 Aldersgate Street East on the edge of Wakamow Valley. The two and half storey brick-clad home was completed in 1908.

The heritage value of the Wellington White House rests in its association with local businessman Wellington White. Born in Erie, Pennsylvania in 1867, White grew up in a family involved in brick making. After briefly settling in Prince Albert to start a brickyard, White departed for Moose Jaw in 1898 where he opened a similar enterprise in Wakamow Valley near a suitable clay deposit. White’s brickyard operated from May to October each year and its bricks were used in many Moose Jaw buildings, from residences to commercial edifices. Included among those buildings was the Wellington White House, the Chateau architectural styled Canadian Pacific Rail Station (demolished 1921), and the Union Bank-Wellington White Building. White’s success in brick making furthered Moose Jaw’s development. His success was, however, aided by a devastating downtown fire in December 1891 which prompted the local council to enact a bylaw requiring new downtown buildings to use more fireproof forms of construction. White’s business flourished, such that in 1902 he constructed a much smaller house prominently located on this site above his brick yard. In keeping with his rising fortunes, White chose to begin alterations and additions on that original home which drastically incorporated its modest scale and design into the much larger dwelling that survives today. White’s brick business floundered in late 1914 when with outbreak of war, public works projects and private construction all but stopped. White then devoted his capital and energies to a successful farming enterprise. He passed away in 1934 and his widow sold the house in 1936. In 2003 it opened as Wakamow Heights Bed and Breakfast and in 2004 was the object of the Lieutenant Governor of Saskatchewan’s Heritage Architecture Excellence Award.

The heritage value of the Wellington White House also lies in its and Arts and Crafts style of architecture and interior decoration. The house exhibits a symmetrical four-square design in which each elevation is of equal length and scale. The design is also seen through its symmetrical window arrangement and placement of dormers on each face of a roof whose pyramidal lines terminate in a square walkout roof. The property’s prominent style is achieved through elements such as bell eaves with ornate supports, use of Wellington White Moose Jaw red brick, field-stone base, lintels with segmented arches, verandah on the north and west faces with its columns, dentils, balustrade and handrails. An architecturally sensitive addition was made to this on the south face in 2006. Interior decoration, including quarter-sawn wood oak flooring, pocket doors, columns and Arts and Crafts styled elements such stained glass, window and door surrounds, cabinetry, stairwell and handrail decoration are evidence of its quality of construction and speak to the entrepreneurial success of its original owners. 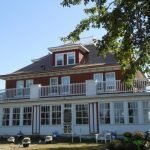 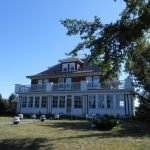 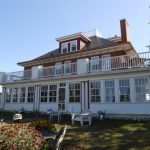 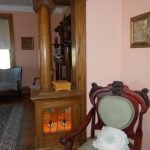 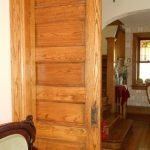 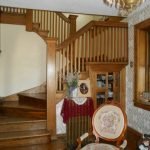 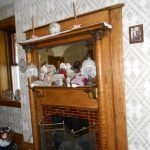 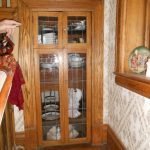 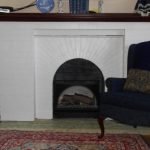 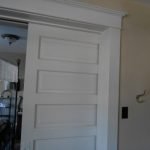 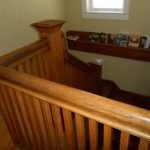 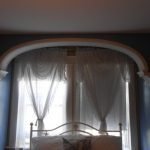 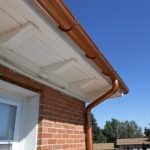 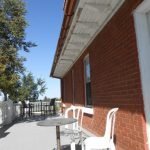 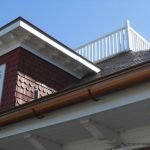 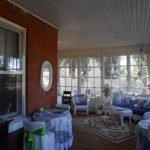 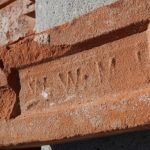 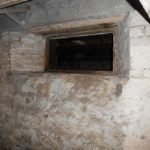 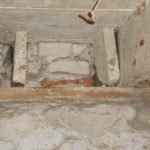