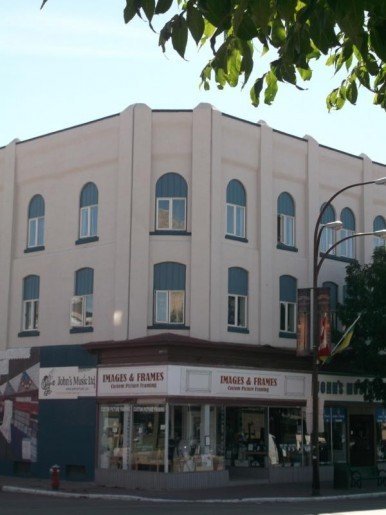 The Union Bank-Wellington White Block is a non-designated Heritage Property located at 37 Main Street North on the southeast corner of Main and River streets in downtown Moose Jaw. The property is a three-storey stucco structure completed in 1902.

The heritage value of Union Bank-Wellington White Building rests in its association with local businessman Wellington White. Born in Erie, Pennsylvania in 1867, White’s family was immersed in the brick making business. Following his father’s passing the business was sold and White moved to Prince Albert to start a brickyard of his own. In 1898 he arrived in Moose Jaw and opened a brickyard in Wakamow Valley on the site of the current River Park Campground after confirming a suitable clay deposit nearby. White’s brickyard operated from May to October each year and its bricks were used in many Moose Jaw buildings, from residences to industrial and commercial buildings. Included among those were White’s large 1908 home at 690 Aldersgate Street East, the Chateau architectural styled Canadian Pacific Rail Station (demolished 1921), and the Union Bank-Wellington White Building. White’s success in brick making furthered Moose Jaw’s development. His success was, however, aided by a devastating downtown fire in December 1891 which burned out all wood-cladded buildings in its path on both sides of the first block of Main Street North. The disaster prompted the creation of a bylaw requiring new downtown building to use more fireproof forms of construction. White’s business flourished until 1914 when with outbreak of war, public works projects and private construction all but stopped. White then devoted his capital and energies to a successful farming enterprise.

The heritage value of the Union Bank-Wellington White Block also rests in its association with the development of Moose Jaw. Trade and commerce in frontier areas like 19th century Moose Jaw was often hampered by the absence of financial institutions. Started in 1865 the Union Bank of Canada arrived in Moose Jaw in 1897 becoming the second financial institution in the community and the first with a national scope. Local financier and businessman Arthur Hitchcock who operated the sole institution in the City until the Union Bank’s arrival, eventually came to sit on the board of the Bank. Built as a joint project of the Union Bank and White, the building, provided not only a new financial institution, but additional shop and office space for merchants and professionals. The Union Bank merged with the Royal Bank in 1925 resulting in the closure of the branch. Briefly occupied by James Richardson and Son, a grain and financial services firm, Moose Jaw’s first commercial radio station, call sign CJRM, was launched by that firm from the basement of the building in 1926. Changing hands and locations, today the station is Regina based CKRM, best known for its radio coverage of the Canadian Football League’s Saskatchewan Roughriders. Currently home to frame and music stores, the building also hosted firms such as Clarkes Bros. and the Christie Grant Department Store.

The heritage value of the Union Bank-Wellington White Building also rests in its architecture. Built at cost of $25,000 and designed by the firm Fraser and Cameron, contractors from Indian Head, the building was given brick cladding, and modest ornamentation such as decorative corbels and pilasters and a parapet with finials. Its scale as a three-storey building was impressive to settlers accustomed to much more modest structures. Built on a stone-base, an interior brick wall divided the north side of the building used by the Union Bank from the retail space in the south portion. Upper floors were used as quarters for bank staff and the basement was designed as office space for professionals. Among its other contemporary features was electrical wiring which was incorporated at the time of construction and bathrooms capable of using water systems, even though a town water system for that purpose had yet to be developed. In 1951 stucco was applied to the building, significantly changing its appearance. 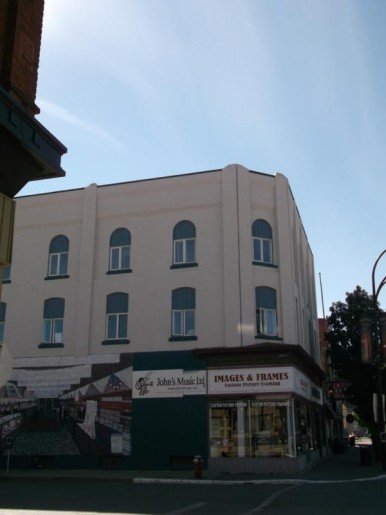 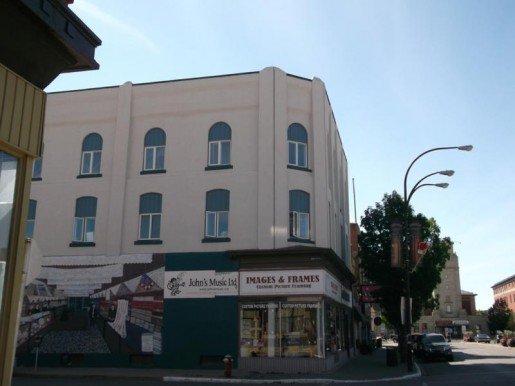 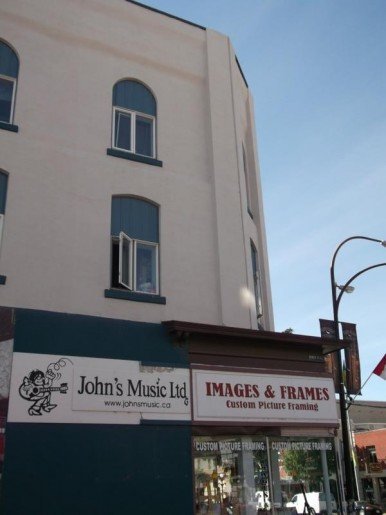 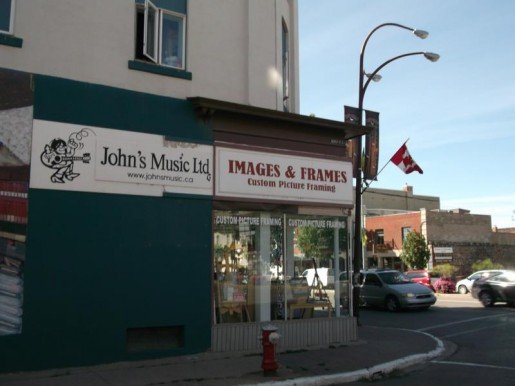 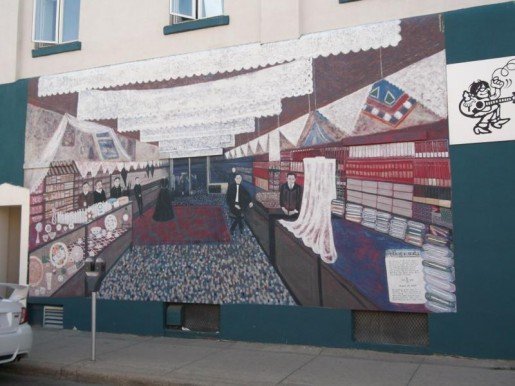 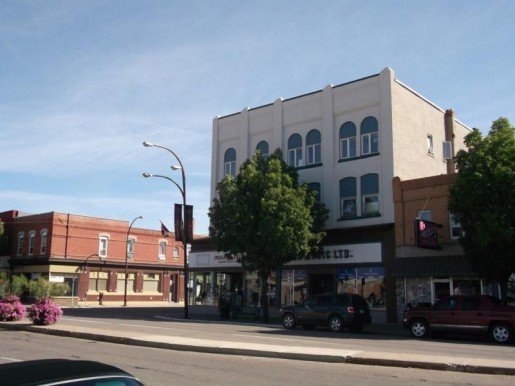 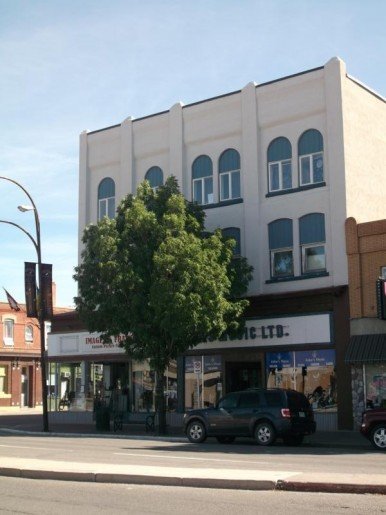 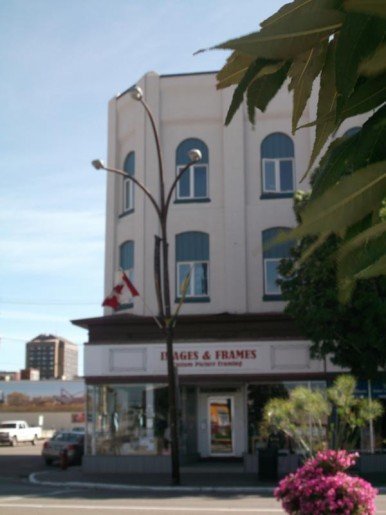 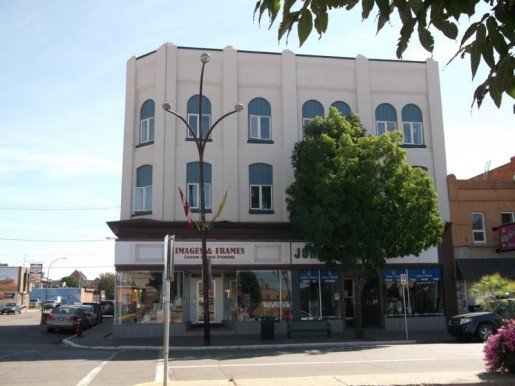 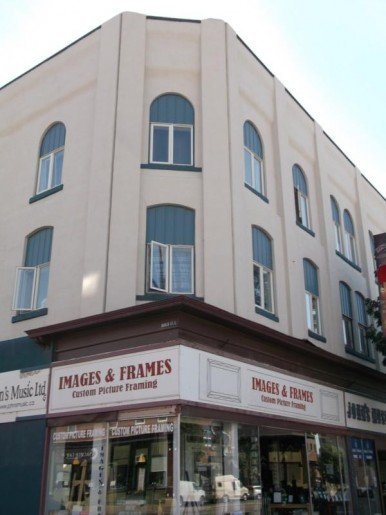 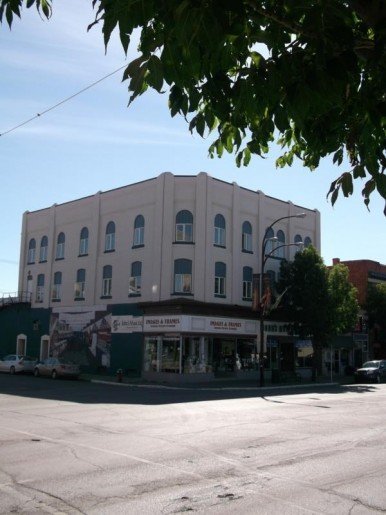 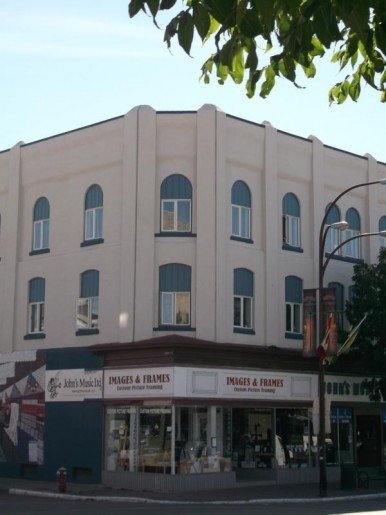