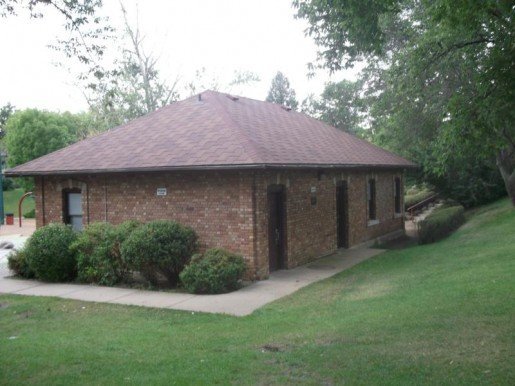 The Public Comfort Station is a Municipal Heritage Property located in the City of Moose Jaw within Crescent Park. The property features a one-storey, brick building constructed in 1920.

The heritage value of the Public Comfort Station lies in the building’s use as a community restroom. Built in 1920, the building was originally situated on Fairford Street West adjacent to a number of civic, provincial and federal buildings. The Comfort Station was modelled after the practice of European cities which built stand-alone restrooms as a mark of urban sophistication. A number of similar comfort stations were built in other Saskatchewan cities, however, the Moose Jaw Station is the only remaining example. In 1985, it was moved from its original site to Crescent Park in order to save it from demolition. The Comfort Station continues its original function, providing public washroom facilities for the people of Moose Jaw.

The heritage value of the property also lies in its architecture. The building was built in the residential cottage style design, common in public buildings during the 1920s. The style can be observed in the building’s low profile, hip roof and subdued brick-and-stone detailing. The style marks a break with the more imposing government structures of the preceding years, and gave the Public Comfort Station an inviting appearance to patrons. The architecture is enhanced by the use of Claybank brick produced south of Moose Jaw.

The heritage value of the Public Comfort Station resides in the following character-defining elements: 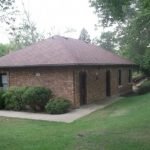 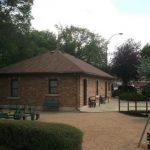 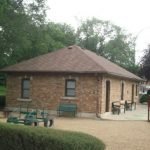 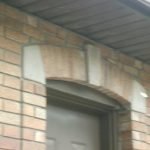