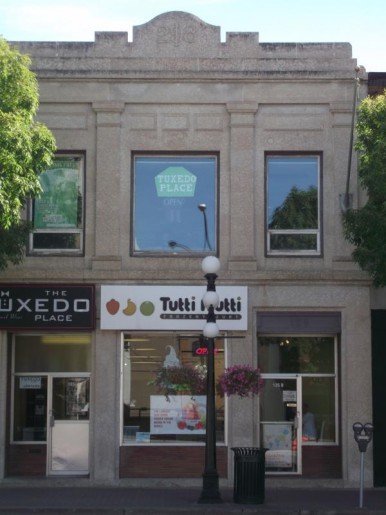 The Malden Elevator Company building is a non-designated Heritage Property located at 127 Main Street North in downtown Moose Jaw. The property is a two-storey Tyndall stone clad structure completed in 1928.

The heritage value of the Malden Elevator Company Building rests in its architecture. Designed by Yorkshire, England born architect Henry Hargreaves, the Malden Elevator Company Building was among his local works that included the Technical School, now A.E. Peacock Collegiate, The Natatorium and the iconic Temple Gardens Dance Hall, now demolished. Although gone, the exterior design of Temple Gardens is substantially replicated in the Tourism Moose Jaw Information Centre building located at 450 Diefenbaker Drive. While ornamentation was often a product of budget, the 1920s brought a rejection of ornate complex architectural styles in favour of simpler, cleaner and geometric ones. Whether due to financial limitations or choice, the Malden Elevator Company Building, constructed in 1928 displays clean, simple lines and subdued decoration. Its modest decorative elements included pilasters, recessed rectangular surfaces, a stringcourse, cornice, Tyndall limestone cladding, flagpole holders on the face of the building and a parapet with a carving indicating the building’s date of construction.

The heritage value of the Malden Elevator Company Building also can be found in its connection to Moose Jaw’s commercial development. Built at a cost of $50,000, by W.J. Jones for grain merchant L.D. Malden and his brother, the building was an outward sign of the growing success of farming and the agricultural industry in the area. Sons of an Iowa grain merchant the Malden brothers came to Canada to pursue the trade as agricultural settlement grew. The construction of the Soo Line from Moose Jaw to Chicago enabled the Maldens to develop 12 grain elevators which they ran from this building, along with a coal trading business. The Malden Elevator Company was sold in 1930 to the Searle Elevator Company in what was the vanguard of many consolidations to come for the Prairie grain handling business. The Malden’s, however, continued to operate their coal business from this location.

In 1951 the Malden Elevator Company Building began to play an important role in the development of radio and television as it became home of CHAB radio, which had originally been Moose Jaw’s first radio station. Starting as 10AB in 1922 and run as an amateur station, it operated under groups such as the Kiwanis Club and two radio associations during its first decade. 10AB became commercial and took on the call sign CHAB in 1933. After it was purchased in 1958 by Jack Moffat, a former Royal Canadian Air Force radar and radio tech, a major two-storey addition was made to rear of the building to house newly formed CHAB-TV. On July 7, 1959 the station began broadcasting with a telecast of the baseball all-star game allowing Moose Jaw to start contributing to the television age. The radio and television operation employed 50 people and was the first in Canada to use a remotely controlled broadcast tower. CHAB-TV began as a Canadian Broadcasting Corporation (CBC) affiliate station and then switched to CTV in 1962, and produced local programs. Radio operations moved across the street in 1969 to 116 Main Street North and later that year regulators approved a bid by the CBC to purchase the television station. By 1978, however, notices were given to 18 remaining employees and the station’s operations were subsequently moved to Regina. Retail shops, restaurants, professional offices and even another grain company occupied the building in the ensuing years since the closure of the television station. 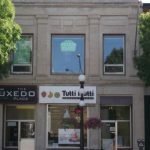 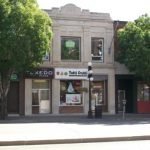 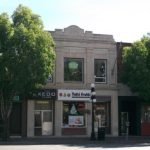 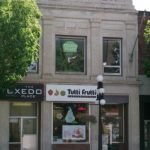 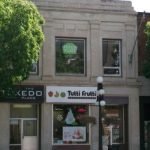 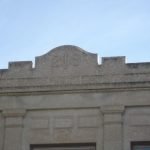 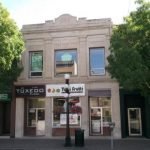 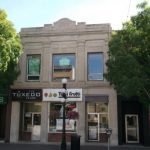