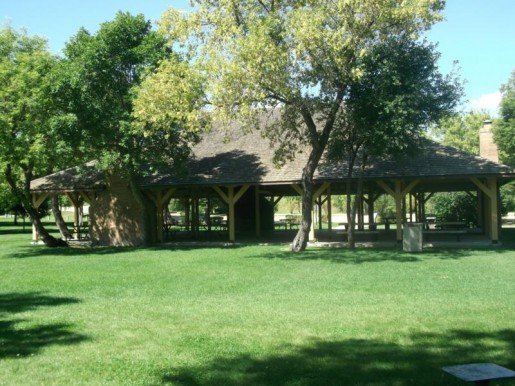 Jitney Dance Hall is a Municipal Heritage Property located in the City of Moose Jaw within Connor Park. The property features a large, open-air hall constructed in 1916.

The heritage value of the Jitney Dance Hall lies in the property’s use as a recreational facility. The hall was constructed in 1916 by the Moose Jaw Electric Railway Company as part of the city’s first public amusement park. Overlooking the Moose Jaw River, the hall was built within a park surrounded by other buildings and structures as part of the large amusement complex. This amusement park was typical for the period, as many railway services across North America built parks with similar purposes to encourage patronage of their lines. The dance hall was a popular venue for dances, music and other community gatherings throughout the 1920s and early 1930s. The hall fell into disuse by the early 1980s and was rehabilitated by the City of Moose Jaw in 1988. After 1988 the property was reopened to the public for local gatherings and today stands as the last structure from the amusement park.

The heritage value of the property also lies in its architecture. Reflecting its role as a recreational facility, the design gives the property a casual and rustic atmosphere meant to promote a relaxed feeling amongst its visitors. This is reflected in the hall’s use of simple unadorned materials, its utilitarian construction, and its open air design. The property’s main architectural features, the interior support columns, exposed rafters and large hip roof are all constructed with wood, while the basic rectangular form of the roof allows the property to effectively enclose a large open floor area for gatherings. The unassuming nature of the property is enhanced by absence of walls to separate the interior from the outside environment.

The heritage value of the Jitney Dance Hall resides in the following character-defining elements: 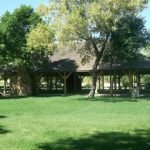 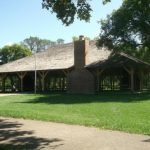 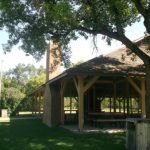 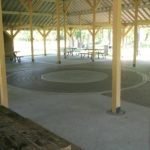