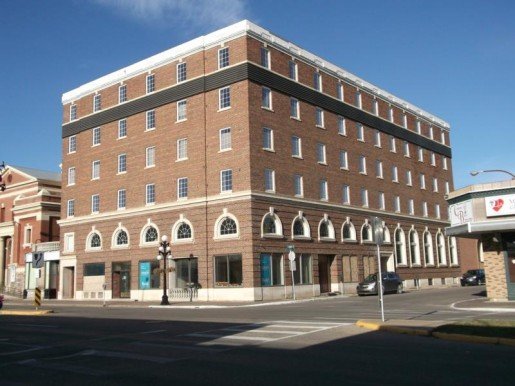 The Grant Hall Hotel building is a non-designated Heritage Property located at 401 Main Street North on the corner of Main and Cordova streets in downtown Moose Jaw. The property is a five-storey stone and brick-clad structure completed in 1927.

The heritage value of the Grant Hall Hotel building rests in its association with Moose Jaw’s most prolific architect, Richard Geoffrey Bunyard. Born in Maidstone, Kent, United Kingdom in 1883, Bunyard moved to Moose Jaw in 1906. Upon arriving he opened the first architectural firm in the city and kept it in operation until 1928. The bulk of Bunyard’s work is found in Moose Jaw and included schools, residences and prominent business blocks on Main Street such as the Bellamy Block, the Elk/Sun Block used by the Tunnels of Moose Jaw and the former Eaton’s store which sits across Main Street from the Grant Hall Hotel building.

The heritage value of the Grant Hall Hotel building also rests in its architecture.

The large five-storey building is prominently situated and clad in brick. It boasts a rusticated base, limestone string and belt courses, Romanesque windows with limestone surrounds and an ornamental cornice. Romanesque window elements on the mezzanine level are repeated in the ornately decorated and restored interior mezzanine with its blind Romanesque windows. This focal gathering space also includes ornate decoration such as an iron and oak hand rail, a mezzanine handrail with marble balusters, marble spindle door surrounds, black marble pilasters topped with capitals in painted gold leaf and a decorative fireplace which speak to the quality of service and prestige of the hotel.

The heritage value of the Grant Hall Hotel building also rests in its importance as a symbol of Moose Jaw’s economic and social development. A major Canadian Pacific Railway divisional point since its inception, Moose Jaw lacked a grand railway hotel, often found in other railway centres. In 1925, James Walker from Harrisburg, Pennsylvania a promoter with the Hockenbury system arrived in Moose Jaw and proposed a community hotel association. Within two years the association boasted close to 500 shareholders and raised over $200,000 in capital. The remaining capital was lent by Canadian Pacific Railway and allowed for the completion of the well-appointed hotel. Citing this success, decades later in the 1990s local leaders turned again to the community ownership system to raise funds to develop the Temple Gardens Mineral Spa hotel in an effort to build a local tourism industry.

Named after a Montreal born vice president of the CPR who was responsible for western rail operations, the Grant Hall Hotel was renamed the ‘Westward Motor Inn’ in 1968 by private investors who purchased the building. Enduring two more name changes which finally resulted in its return to its original name, the Grant Hall ceased operation as a hotel in 1989 during grim economic times. During its years as a hotel it boasted visitors such as Their Majesties King George VI and the Queen Mother, Maurice ‘Rocket’ Richard and singer Gene Autry. The building survived proposals in the 1990s to convert it into a casino that would have seen its top three floors removed. Starting in 2000 developers began painstakingly renovating and rehabilitating the building for adaptive reuse as apartments and retail space while preserving key architectural elements and adding modern mechanical systems including geothermal heating. 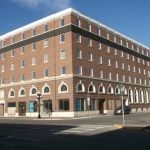 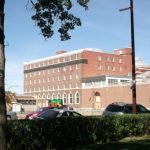 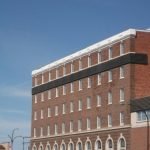 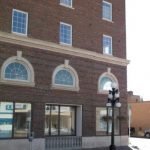 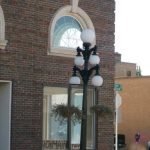 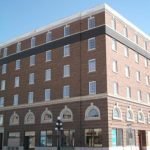 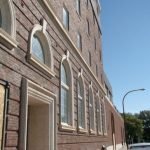 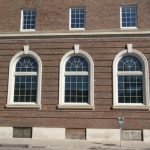 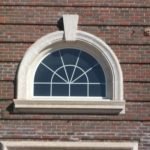 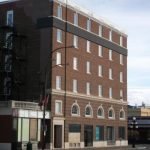 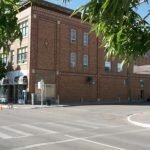 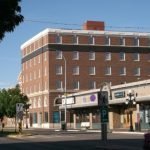