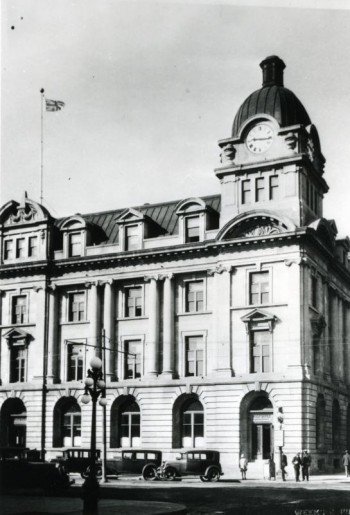 Moose Jaw City Hall is a Municipal Heritage Property located on four lots at the southwest corner Main Street North and Fairford Street in downtown Moose Jaw. The 3½-storey Tyndall stone and brick-clad building was constructed between 1911 and 1914.

The heritage value of Moose Jaw City Hall lies in its role as a public building and centre of government in the community. Constructed for the Dominion Government it served as a post office and housed other government agencies such as customs, and eventually, the Royal Canadian Mounted Police. In 1963, the City of Moose Jaw purchased the building to accommodate city council chambers, municipal departments and the local police service.

The heritage value of the property also rests in its history. Built during the height of a pre-World War I boom period in the community, the building’s large scale and substantial $281,000 cost was a symbol of the optimism which both the Dominion Government and local residents placed in Moose Jaw’s future.

The heritage value of Moose Jaw City Hall also lies in its architecture. Designed by Chief Dominion Architect David Ewart, the building’s design is based on one of two standardized post office plans used in the Province of Saskatchewan. The building exhibits elements of the Edwardian Classical style of architecture through its ornate stonework, an asymmetrically placed clock tower with cupola, cornice, pilasters and engaged columns with capitals, voussoirs, pronounced keystones, triangular, round-headed and broken pediments as well as decorative interior elements such as marble skirting and terrazzo floors. Other elements such as its rusticated stone base, balanced fenestration, four-faced clock, and attic with mansard roof and dormers add to the building’s prominence.

The heritage value of Moose Jaw City Hall also lies in its role as an important component of the streetscape. Located on a corner of a major intersection whose other corners host buildings of similar age of construction and scale, Moose Jaw City Hall is both a focal point of the downtown and an enduring icon for the community. 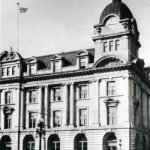 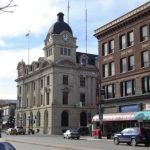 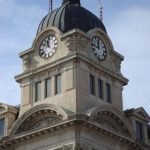 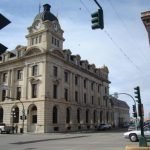 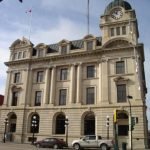 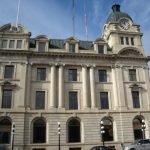 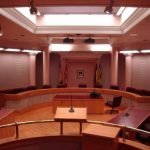 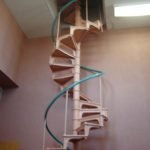 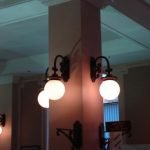 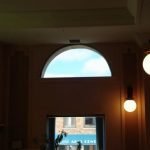 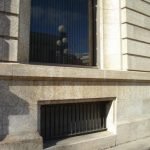 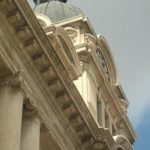 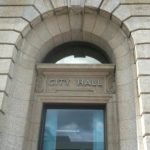 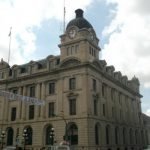 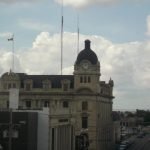 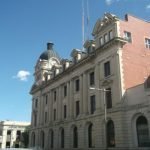 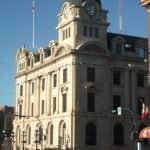 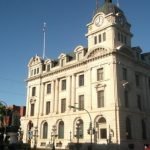 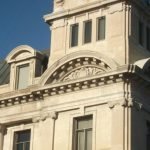