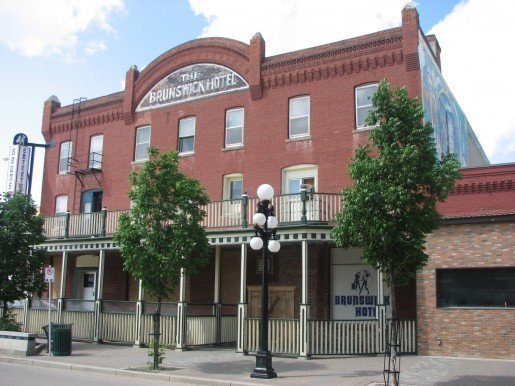 The Brunswick Hotel is a Municipal Heritage Property located on nearly three lots at the corner of First Avenue and River Street North West in Moose Jaw. The three-storey red brick cladded building was completed in March of 1903.

The heritage value of the Brunswick Hotel lies in its association with the development of Moose Jaw. On November 20, 1903 documents incorporating Moose Jaw as a city were signed at the hotel followed by an official banquet to celebrate the occasion that same evening. A plaque and mural commemorating this occasion were installed on the hotel during Moose Jaw’s centennial celebrations.

The heritage value of the Brunswick Hotel also lies in its association with prominent local entrepreneur John Henry Kern. While on a trip to auction horses in 1893, Kern unexpectedly stopped in Moose Jaw where he met hotel proprietor James Ostrander who offered to sell his wood-framed hotel for Kern’s horses and cash. Kern purchased the ‘Old Brunswick’ Hotel but he and his family struggled for several years. Investments in farmland and hard work paid off, however, as Kern built a new hotel immediately across from the rail station in 1900, but leased it due to illness. In 1903 he built the Brunswick Hotel where he and his family lived in a seven-suite apartment until he sold the hotel for a handsome profit in 1909. Later investments in the brick plant at nearby Claybank, insurance, hotels and real estate including land used for the rail yards and town site of the Transcona area of Winnipeg allowed him to amass a sizable fortune, which was controlled from his office in Moose Jaw.

The heritage value of the Brunswick also lies in its architecture. Designed by Regina architect S.A. Clark the Brunswick was given a functional L-shaped design, later altered with an addition, to a rectangle shape with a centre light well. The hotel has a regular fenestration pattern and it is clad with red bricks manufactured by Wellington White, a Moose Jaw entrepreneur. The Hotel’s prominence is enhanced by parapets on both streetscapes that contain corbels, a corbel table, decorative brick-work, pinnacles and arched parapets. The arched parapet facing River Street contains painted signage with the hotel’s name and over looks a replica two-storey balcony on what was once Moose Jaw’s busiest commercial street. The hotel was the largest in the city when it was constructed and was a symbol of its growth and optimism and has continuously been used as a hotel or tavern since 1903.

The heritage value of the Brunswick Hotel resides in the following character-defining elements: 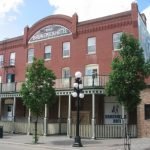 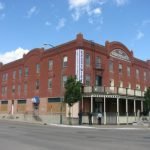 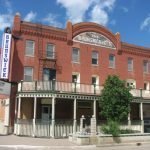