The City of Moose Jaw advises that slope assessments of the City’s three main watersheds and tributaries will be completed when weather allows. (The surveys have been delayed by snow and will occur when wind conditions allow).

The assessments will be conducted by Vertex Professional Services Ltd. and will include aerial surveys and mapping of the terrain using a remotely piloted aircraft system (RPAS). Vertex will collect current photographic images of the slopes for comparison and analysis and the information will be utilized to develop a list of sites warranting further investigation.

Work will be conducted under a Transport Canada Special Flight Operations Certificate (SFOC) for operations conducted within three nautical miles of a Department of Defence facility (15 Wing Moose Jaw).

The imagery collected will consist of geotagged photos which will be used to create digital elevation models of the ground terrain. All imagery will be provided to the City of Moose Jaw and will become property of the City of Moose Jaw. Images may be used in public reports.

All affected landowners, residents and occupants affected by the drone flight path have been contacted.

Map of the drone flight paths below: 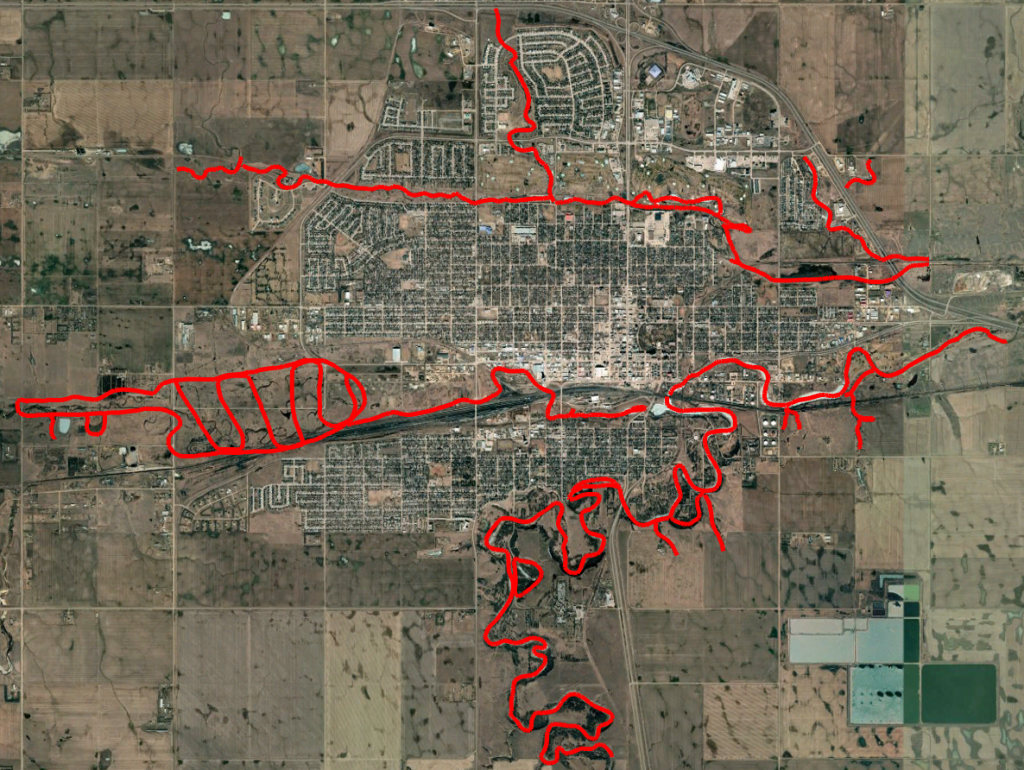