“Throughout Rod’s career he has been a superior role model and mentor for new employees and his peers,” said Rod Montgomery, Fire Chief. “Rod’s attention to detail, easy-going demeanor and work ethic were second to none. His many years as a Firefighter, then as an Officer were exceptional and were evident in the respect he had from the MJFD Administration and his fellow members.”

The Fire Department and the City of Moose Jaw would like to thank Rod for his many years of service and wish him all the best in his retirement. 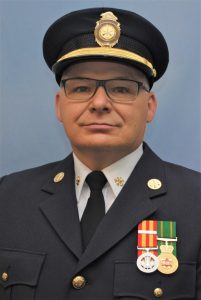 Rod will officially retire February 7, on his 60th birthday.