Installation of the new playground equipment was recently completed, replacing the structures that were installed at the park in 1996.

Before construction, the City of Moose Jaw conducted a public survey to give residents input into the design of the new playground.

“We were very pleased with the valuable feedback our residents provided in the survey,” said Derek  Blais, Director of Parks and Recreation. “In the final design we were able to incorporate many of those suggestions, including toddler features, swing sets, a basketball net, picnic tables and accessible pathways, among others.”

The City held an official grand opening of the playground on Tuesday, August 31, 2021. 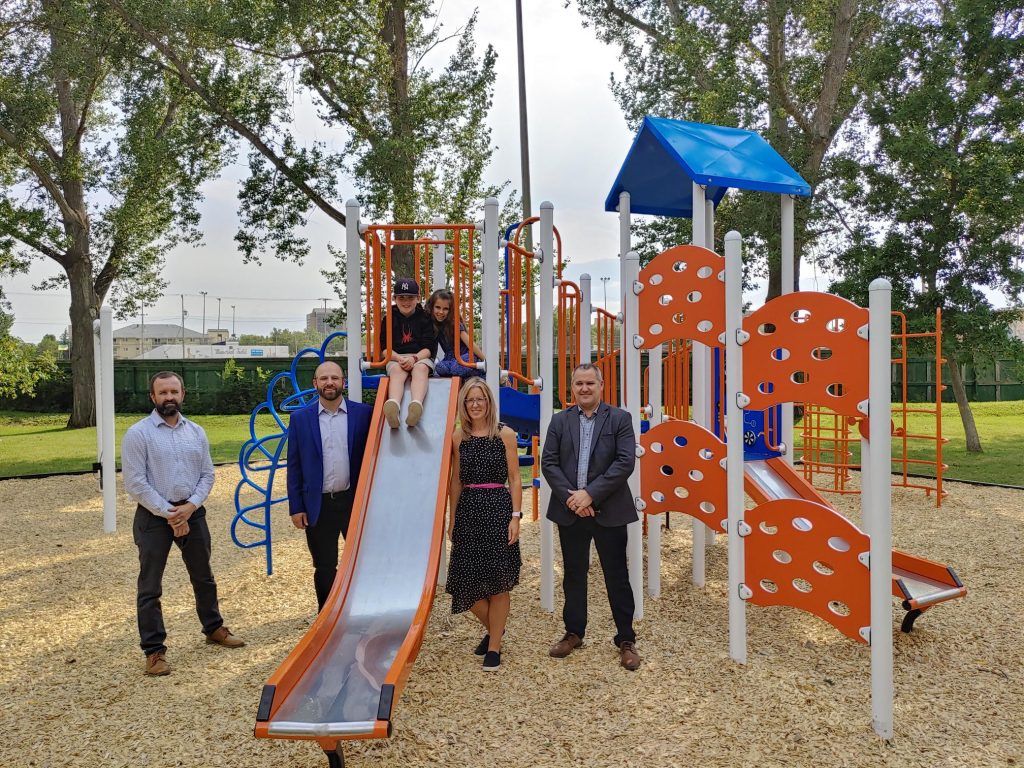