MOOSE JAW – The City of Moose Jaw and Moose Jaw & District Chamber of Commerce congratulate Jackson and Jake Giokas (JOH-kuhs), who have been named “Notoriously Good Neighbours” for the month of January.

The City of Moose Jaw and Moose Jaw & District Chamber of Commerce created the program to recognize the Notoriously Friendly, Notoriously Generous and Notoriously Kind-Hearted Moose Javians making a Notoriously Positive difference in our community.

Jackson and Jake were nominated by a neighbour, who wrote “we were coming home from a long day of driving on awful highway after (a) storm. We came home to a huge three-car driveway all shoveled by our teenage neighbours. And the best part is they did it without being asked by anyone. These two young men are true gems.”

And, to read the City’s “Notorious Nine – Nine Ways to Be a Notoriously Good Neighbour” – click here. 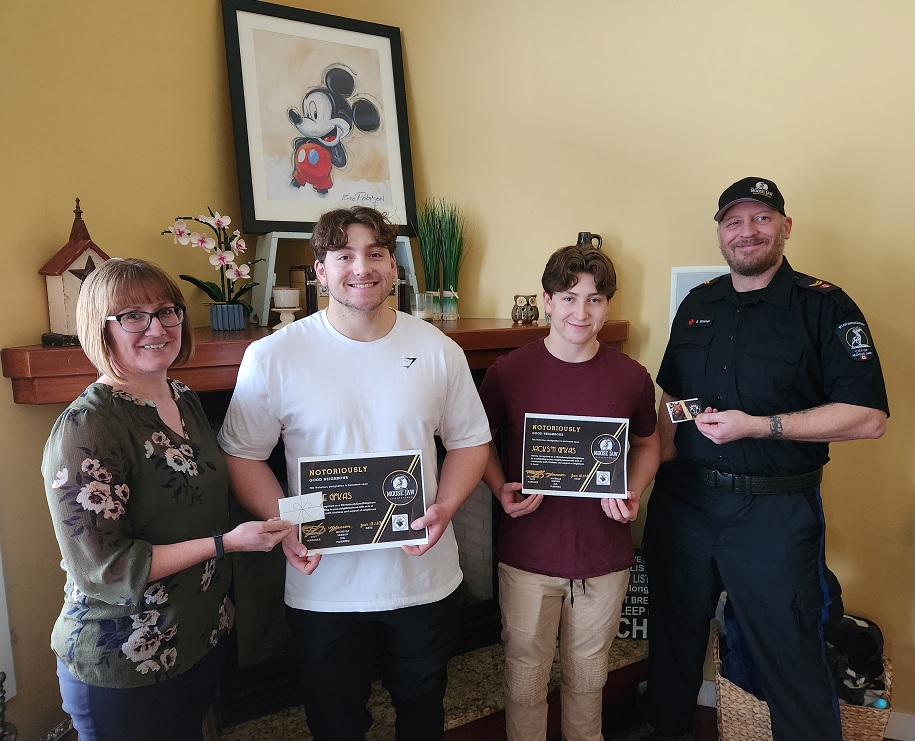