“Community and economic developers promote economic well-being and quality of life for their communities by creating, retaining, and expanding businesses that facilitate growth, enhance wealth, and provide a stable tax base,” said Mayor Clive Tolley in the proclamation, adding “community and economic developers are engaged in a wide variety of settings including rural and urban, local, First Nation, provincial, and federal governments, public-private partnerships, chambers of commerce, universities, and a variety of other institutions.” 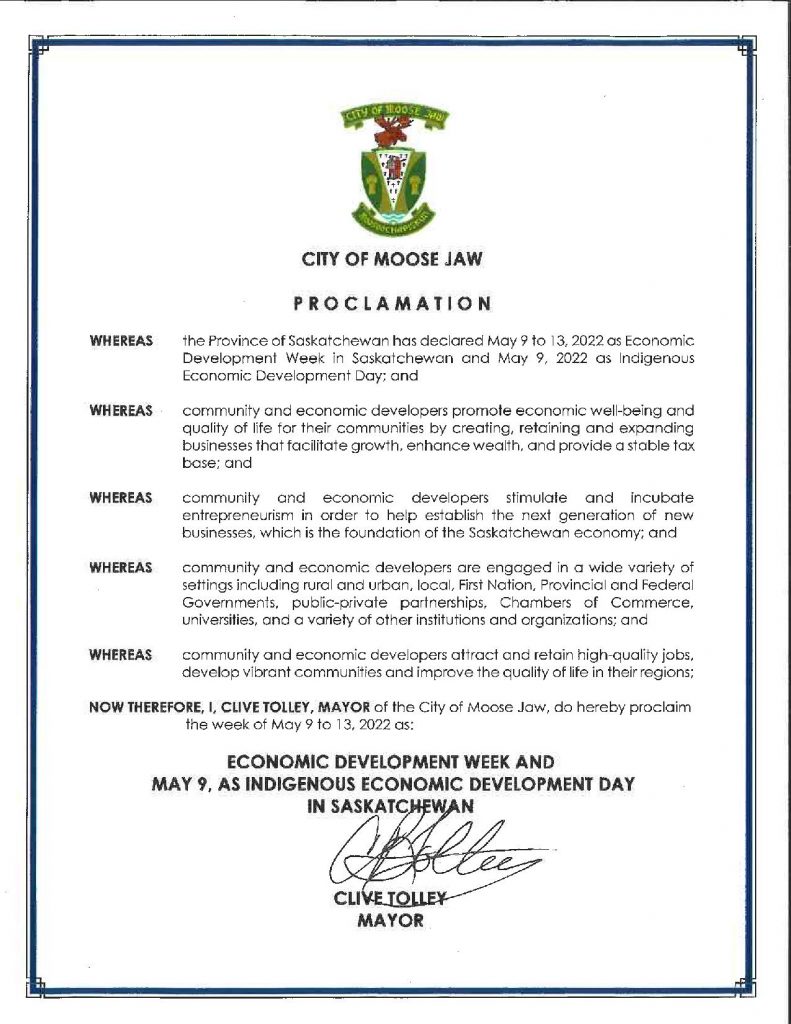