The City was recognized for its efforts to gain international attention during the 2019 “Moose War” between Moose Jaw’s Mac The Moose and Norway’s Storelgen, a silver moose statue that had been bulit taller than Mac in 2015.

A viral video from social media stars Justin and Greg, followed by community challenges by Moose Jaw Mayor Fraser Tolmie and social media engagement from Linda Henriksen, Deputy Mayor of Stor-Elvdal, Norway, led to an outpouring of community support and over $7-million in international exposure. Mac reclaimed his title of “World’s Tallest Moose Statue” in September of 2019.

“SEDA’s annual awards provide an opportunity to celebrate Saskatchewan success stories,” said Verona Thibault, CEO, SEDA. “Mac the Moose versus Norway is a wonderful example of a grassroots communications initiative that leveraged a local asset, drawing international attention to the city and resulting in an outpouring of local and provincial pride.”

“We thank SEDA for recognizing the work of our City team to keep this notoriously unique story in the headlines, and how our community responded to the Norwegian challenge,” said Mayor Tolmie. “This award reinforces our belief that we are on the right track in promoting Moose Jaw as not just a world-class tourist destination, but a world-class community in which to live and invest.”

To view the awards presentation, click here. For more details on the City of Moose Jaw and the 2019 “Moose War”, visit our Welcome page at www.MooseJaw.ca. 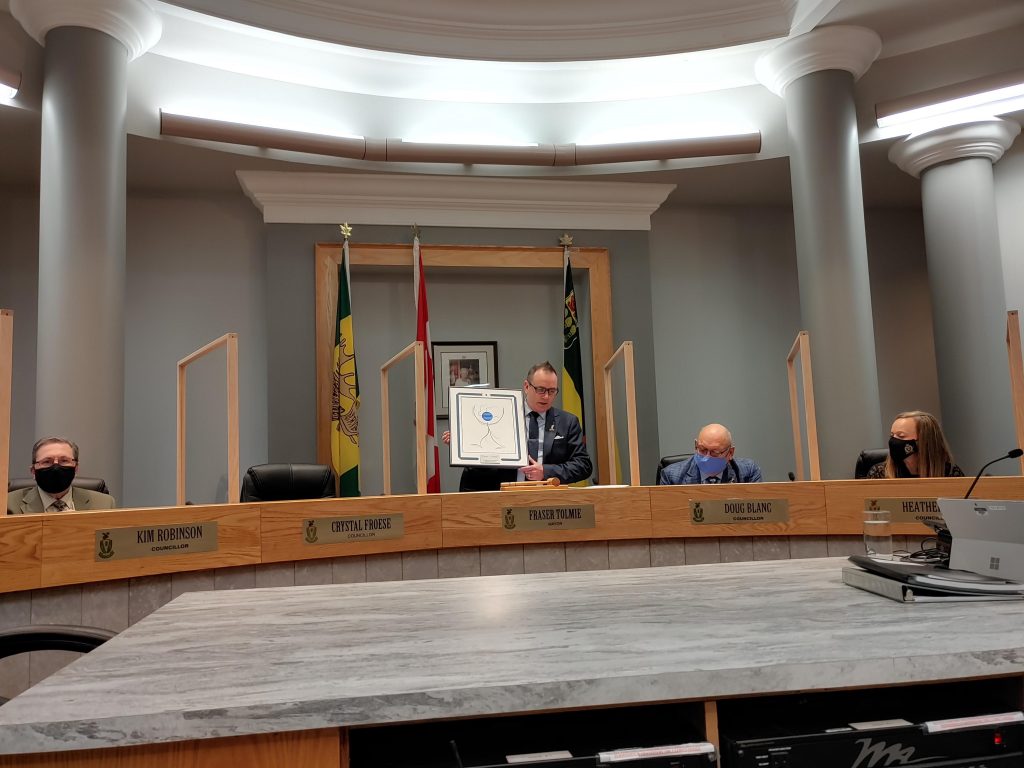 Mayor Tolmie shows off the award during Public Acknowledgements at the December 7 meeting of City Council.