At a special ceremony, the first of 73 new banners was unveiled in front of Moose Jaw City Hall.

The banner design is a modern take on a 1920s-era style, and showcases the new City logo that was released this past February, along with Moose Jaw’s new slogan “Canada’s Most Notorious City”.

City crews will install the remaining 72 banners through the downtown area over the next week.

From “Notoriously Historic” to “Notoriously Entertaining”, “Notoriously Artistic” and more, the unique banners will be strategically placed so the colourful adjectives align with nearby landmarks and facilities.

The banners are designed to be displayed year-round. 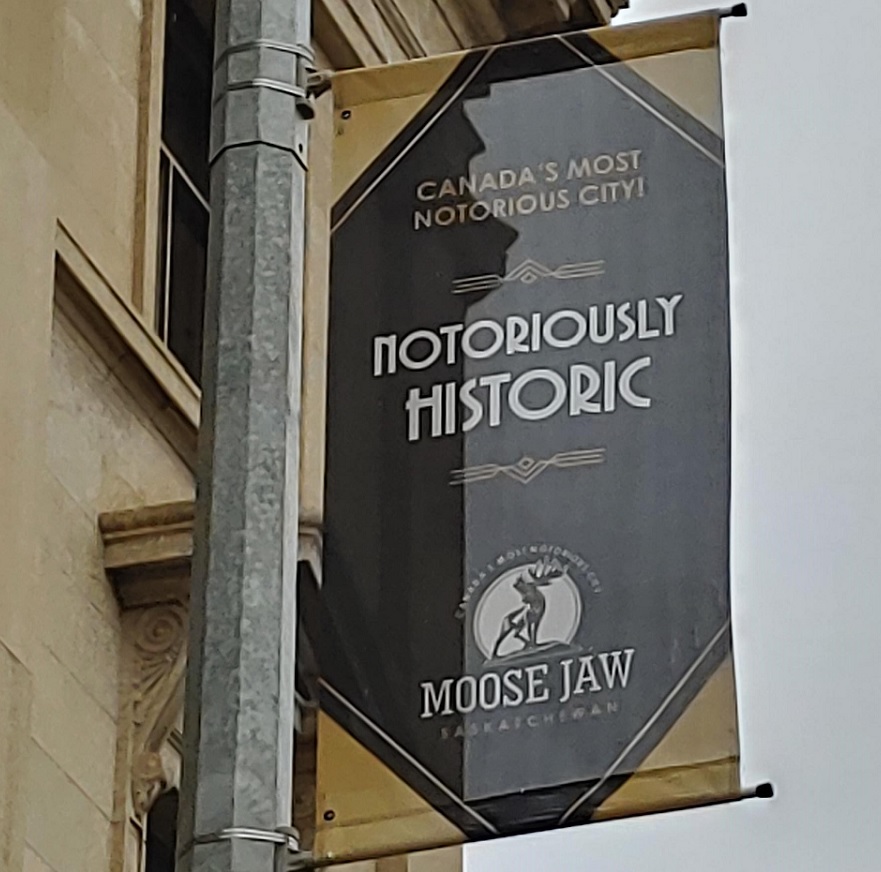 The first banner was unveiled in front of City Hall in downtown Moose Jaw.