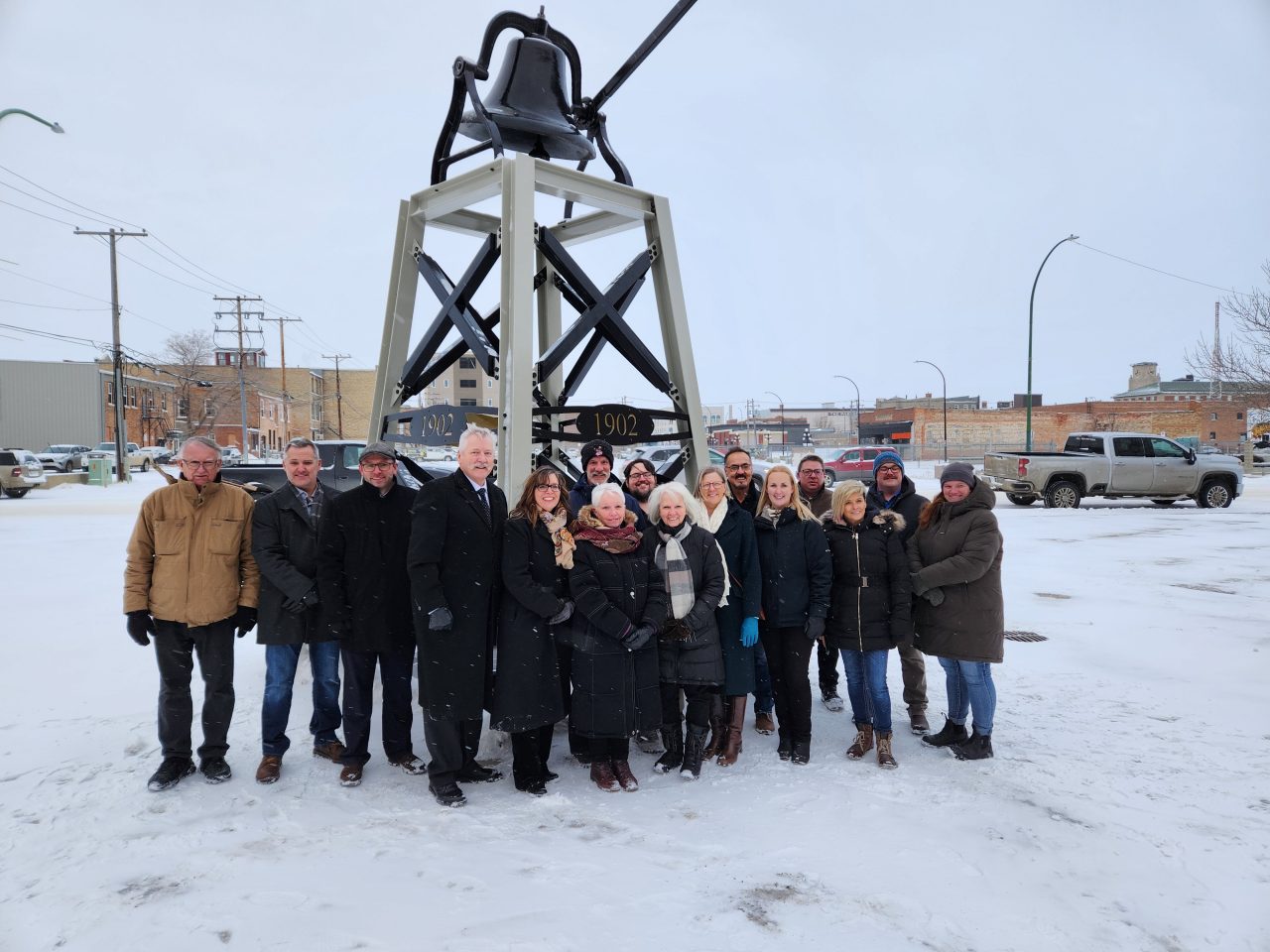 Moose Jaw, SK – The City of Moose Jaw is proud to officially unveil the community’s first town bell which has been restored and installed on a new stand. Here is a timeline of the bell’s history:

The bell was originally designed for long-term outdoor exposure and low maintenance. It is made of cast alloy steel and mounted on a headstock supported by two A-shaped cast iron frames on each side.  It weighs approximately 1,500 lbs (680kg) and contains a 3ft (.91m) tall removable clapper that is stored indoors and re-installed for special occasions.

The new bell stand was designed with cues from early 20th century structures to emulate the period when the bell was first erected as many old train bridges and buildings were built with cross bracing and rivets.  The derrick style design also includes a bench around the perimeter to enhance the functionality of the stand and to provide a gathering/resting place near the Moose Jaw Events Centre.

The City of Moose Jaw acknowledges the many volunteers and businesses that have contributed to the restoration of the historic town bell: