The City’s Recruitment, Retention and Recognition Committee (RRRC) raised $1,315.00 from the annual ‘Dress Down’ program, which allows employees to wear casual attire on Fridays in return for a donation. Each year the RRRC chooses a local charity to receive those funds, and this year the committee chose the Food Bank.

Additionally, the City’s Finance/Treasury dept. initiated a food drive and challenged all City Hall employees to contribute. The result was 637 pounds of non-perishable food items, which were delivered to the Food Bank, along with the RRRC donation, on November 4.

The City congratulates the Moose Jaw & District Food Bank on the success of their recent “Better Together Food Drive” and thanks all residents for their generosity in supporting the charities of their choice. 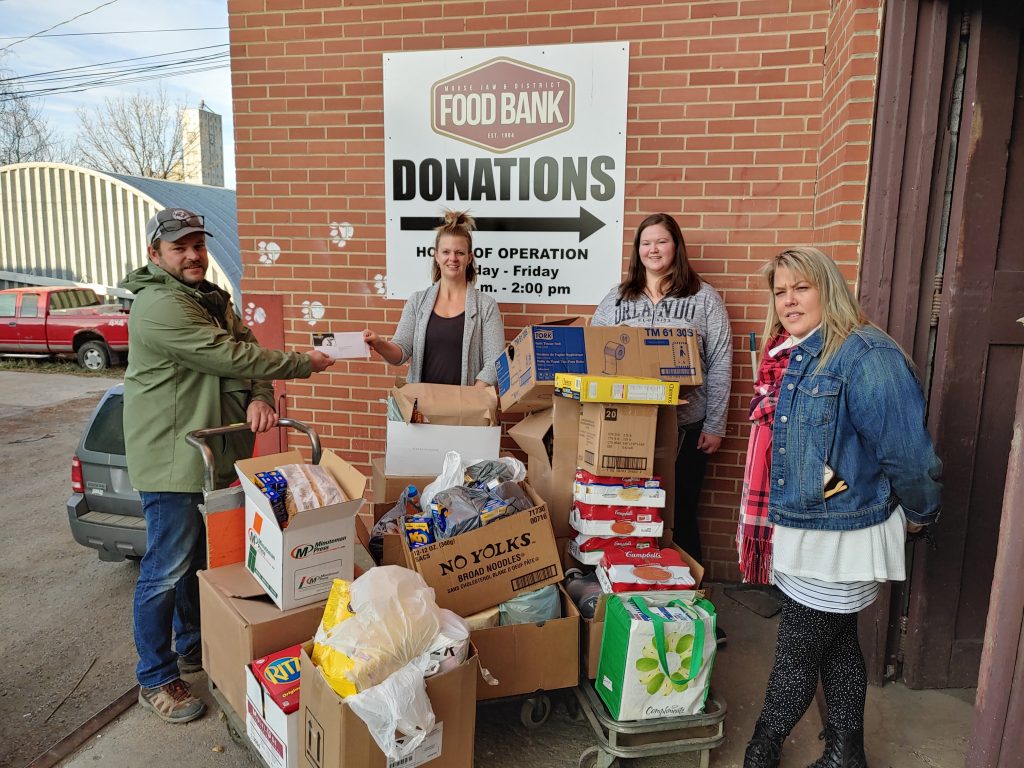